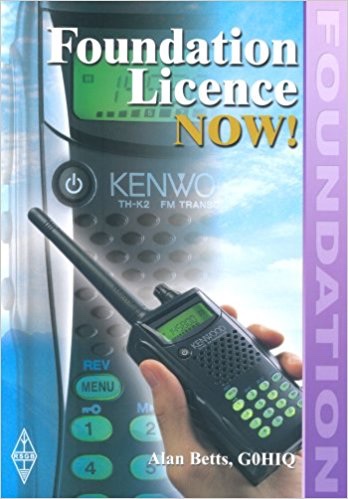 As some of you know I grew up in the UK and despite decades of living in the US, I still have a bit of an English accent. Words, vernacular and generally the way I speak is American, just with an English accent. The last hold out was tomato and when this was pronounced the American way I knew it was time to become Citizen Paul. Truth is its been a boon in the work world as too much Downton Abbey has meant that anything I sprouted was given an automatic credibility lift due to the English accent. Very useful.

A few months back, while on a SOTA activation in the UK I had a back and forth with someone who was convinced I had my call sign wrong. Instead of M/W6PNG (which is correct) I was told it should be M6PNG, a UK call sign. After a little discussion it was resolved with chuckles all round.

Here I am months later, our Scottish Borders house is well on its way to being renovated and we are finally talking about dates to be living part time in the UK. Not wanting to repeatedly go through the call sign wrong saga, I inquired about getting a reciprocal UK call sign. This is a scheme whereby the highest class of license holders (that’s me!) are granted an equivalent call sign in another country. It’s not global but certainly a scheme operated between many of the first world countries. To my surprise it turns out the “Cousins” aren’t quite as accommodating to each other as I expected. No luck Paul, no reciprocal license for you, leaving me with the choice to sit a series of UK amateur radio license exams or deal with the call sign mix up or worst still the obvious disappointment that this American didn’t really sound like an American when chit chatting over the airwaves.

Stateside we have been pretty good at signing people up and then successfully shepherding them through the entry level exam. We mint a lot of new hams each year and the graph looks impressive; up and to the right. Unfortunately the journey seems to end there for a stunningly larger percentage, possibly as high as fifty percent that go no further and never get on the air. Back in Blighty the approach is quite different. Yes, multiple choice exams are held as does the US but the UK has taken a radically different step by requiring candidates to sit a practical assessment prior to the multiple choice exam.

The practical covers a medley of really quite useful and ice breaking activities. First up, you are required to get on the air and make simplex FM and SSB contacts. You get to go through the CQ-ing, callsign and report exchange and also demonstrate you can use basic radio features such as RIT, squelch, volume control and even the on/off button. Pretty nifty really and certainly gets someone past what for many is quite an intimidating step. I think we are all initially self conscious and imagine most of the world is listening and of course laughing at our initial contacts and hence save ourselves that pain by not getting on the air.

Separately, you have to demonstrate that you can connect a station together. Power, coax cables, antenna etc etc which once again is pretty nifty to get someone past what for some maybe a daunting step. After all not everyone coming into the hobby has a technical or hands on background. You get to fiddle with a dipole antenna for 2 meters and last but not least you get to appreciate Morse Code. I already appreciate Morse Code but my ear and brain didn’t get that memo and so its never been an easy activity for me. I passed my 5 words per minute test decades ago to get my US General Class license when Morse was mandatory and something more than an appreciation step but never quite took it much further. I’ve always marveled at Morse, it’s old school, nostalgic and in the right hands an efficient and effective communications method. You get to pick the words per minute during the test anywhere from one per month on up and get the option to ask for seemingly endless retransmissions till you get it right. Fortunately my recent re-aquaintance with morse saved me from embarrassment.

So all in all I think the Brits are onto something with the practicals and as daunting as it may seem or even burdensome for the examiner, I think the end goal of creating a ham that is more than that in name is well served.

A little inquiry revealed that a diminishing pool of budding amateur radio candidates had prompted my local radio club to cease hosting exams. In the States and particularly in Southern California you can pretty much find an exam session weekly especially if you are willing to drive a bit. Maybe the overall interest in the UK is lower as the examination opportunities accessible to me in the wild wilderness of north Northumberland were limited.

Edinburgh, just north of my wilderness was an obvious choice and knowing very little of where best to go, I reached out to Andy (MM0FMF) for advice which quickly resulted in the Lothians Radio Society in Edinburgh declaring they would happily examine me!

Looking over the very few sample exam papers available had me chuckle at a word I hadn’t seen in decades; invigilator, someone appointed to oversee an exam and that word took me back to my high school and university days in England. I don’t think it’s a term commonly used in the US. The morning of, I met my two invigilators, Pete (GM4BYF) and Pete (GM4DTH) and as the candidate pool was simply myself and Calum (now MM6NUO), the practicals were held at Peter’s house. I don’t have an abundance of experience with ham clubs in the US but I began to sense that things in the UK might be a little different to the US, maybe more collegial but its too soon to say if that impression is in fact the truth. Part way through the practicals we had a break for elevenses including coffee and biscuits, quite essential to fortify me for the remainder of the practicals and especially the Morse code appreciation that was about to commence. Appreciation verified, lunch consumed, we head to St Fillian’s church hall and sit our 26 question multiple choice exam.

The Beast from The East lingers and it’s understandably cold in the church hall, as we just opened it up and the heating hasn’t kicked in yet. I’ve donned a wooly hat and a down parka and probably don’t look like the typical examinee but you’ve got to be comfortable!  I can be impetuous and the RSGB has been great at reminding us to take a couple of passes through the exam using the second to verify that impetuousness hasn’t gotten the better of us. Fortunately not and I get my “indicative” score that declares a pass and that I’m almost inducted into the ranks of Foundation license holders eligible for an M6xxx style call sign.

What’s next? Well, I think May 26th I’ll be sitting the Intermediate Exam practicals and then hopefully the 40+ question multiple choice with my invigilators and Calum.

Thanks Peter (GM4BYF) and Peter (GM4DTH) for taking time to indulge this “foreign” ham to become an entry level member of the UK “gang”.