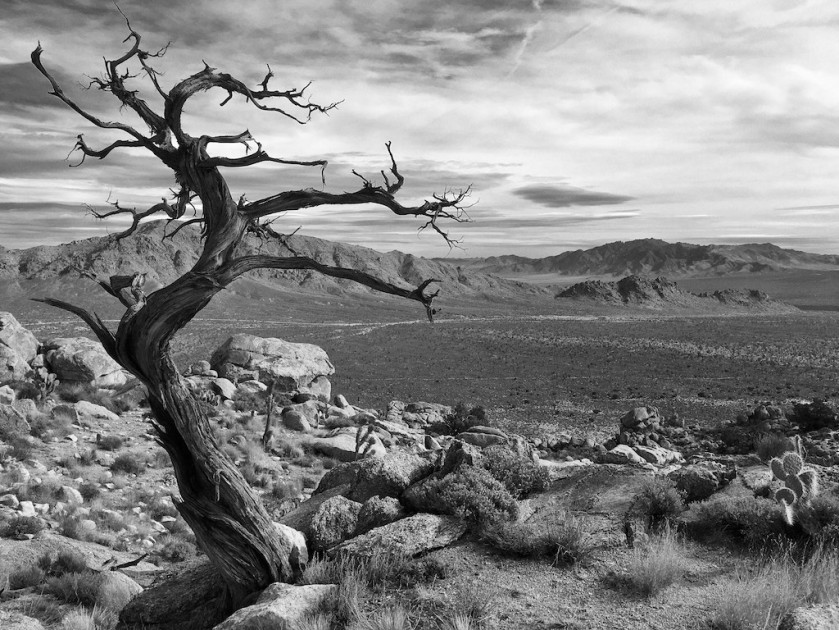 I missed a beautiful sunrise at Zabriskie Point the day before by about fifteen minutes and as I headed south I was convinced today’s clouds would yield an equally beautiful scene.  But today it was over before it even started as all the promising colors evaporated before me, leaving just grey clouds. Oblivious to being cheated, my Jeep speed south retracing its steps from days before. The blue mediterranean facade of the Mad Greek restaurant that seems to scream water, stood in stark contrast to the desert all around. Memories of my breakfast there a few days earlier weren’t enough to entice me back and so the Jeep nudged it’s way onto interstate 15 that at this point is a six lane super highway rushing excited visitors into Las Vegas and speeding despondent gamblers back to Greater LA.

I wasn’t sure what to expect of Mojave Desert given the proximity of Death Valley which is a big mountainous desert and my recent trip to nearby Joshua Tree which is yet another desert. Turning into Mojave I’m struct by the size and structure of the trees that seem like sentries guarding the terrain. Maybe its the recent rain but Mojave is full of shades of green. The scrub, maybe creosote and or course sage, and small cactus and prickly cactus seem so dense. Here’s my answer in that the foliage is uniquely different than Death Valley and Joshua Tree. I leave the comfort of the paved road which has been patched and fixed long after it should really have been resurfaced. Clearly National Preserves are low enough in the pecking order to get minimal federal funding. The dirt road skirts by some ranches which are a testament to the compromise that is Mojave. People, ranches and even railroads existed before it became a Preserve and were all grandfathered in during a difficult and contentious struggle to create this and Joshua Tree in the mid 1990s. America’s Best Idea never came easily.

Today’s destination is Teutonia Peak. The patch work of dirt roads is somewhat confusing and I park somewhere but not quite where I intended but its just fine as a find the trail I want effortlessly.

This is one of the few maintained trails to a peak in the Preserve and it winds its way up terrain that is similar to the boulders in Joshua Tree. Desert flora can look soft and attractive but is often a collection of aggressively pointy things that skewer my calves and thighs. The wind has picked up from the west and clouds are filling up the sky. No doubt this is beautiful and worth all the effort to get here. Once again I find my self in an amazing but desolate place that reminds me of the grandeur of the USA and the smallest of people.

The last 70, 80 or 100 ft of elevation gain to Teutonia Peak seems like a sheer cliff face essentially straight up a boulder. I want to get to the top as this will launch my signal west into LA and SF and east into most of America. But this is MLK day 2016 and my mind can’t quite forget four years earlier on this same day in Yosemite when I had a little accident and messed up my knee for far far too long. Whats that saying….fool me once shame on you, fool me twice, shame on me….well, I decide discretion is the better part of valor and this SOTA activation will have to wait for some other day.

Not to worry we are also here for an NPOTA activation! Finding the trail again, I search for a good vantage point for the antenna that will satisfy my self imposed obligation to serve the west and the east. The wind is howling and the antenna mast is braced with guy wires and as I head toward the operating location that I hope will offer protection from the wind I hear voices. Who else is mad enough to be out here and I spy a troop of twenty or thirty boy scouts heading up the hill who shuffle by in small groups that seem more intent on the destination than enjoying the moment. Maybe I should have invited them to my precipice, shouting “NPOTA over here” but I didn’t quite muster the energy.

Operating when in fits and spurts with mini pile ups and periods of boring silence. 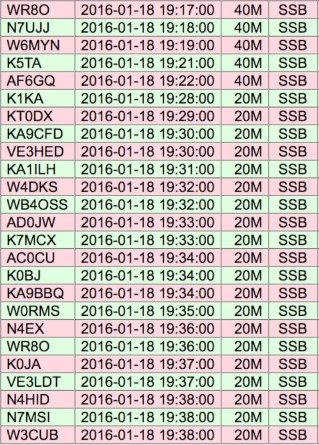 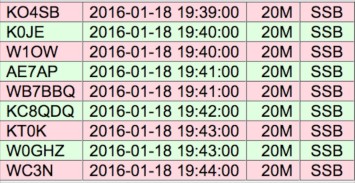 Mission accomplished and I’m now heading along the same worn out paved road toward Kelso Depot, a name seems odd until I arrive and realize its a railroad station no longer in use but certainly by the side of an active railroad tracks into southern California operated by either Union Pacific and Santa Fe. Kelso Depot provided another National Park’s stamp and with each I feel like a kid collecting postage stamps from exotic places.

The NPS stores I’ve visited offer a park specific mug that is something much nicer than a mass produced import but rather a hand craft in the USA gem. What a great way to remember my visit while drinking my morning coffee or afternoon tea.

Heading south toward interstate 40, I pass Kelso Dune an impressive pile of sand that I could imagine Hollywood using to film Beau Geste or some other romantic desert movie from the 30s.

As I leave the Preserve I’m really happy that I visited the three local desert parks and feel all the better for the time spent. The National Park System really is Americas Best Idea and I’m dreaming of my return.